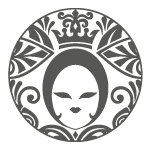 Award-winning enterprises highlight the vital contributions that women entrepreneurs are making to the nation’s economy.

Women entrepreneurs are assuming an increasingly significant role in Taiwan’s business world. More than 36 percent of the nation’s approximately 1.33 million small and medium-sized enterprises (SME) were headed by women in 2013, according to the Small and Medium Enterprise Administration (SMEA) under the Ministry of Economic Affairs (MOEA). Furthermore, a survey conducted by the SMEA showed that about 27 percent of women in the workforce last year wanted to start their own businesses. These figures highlight the strong entrepreneurial spirit among women and the vital contributions that they are making to the nation’s thriving SME sector.

Michelle Sung (宋美蒔), founder, president and chief executive officer of TenArt Biotech Ltd., is a prominent example of the economic dynamism and leadership that women are providing through their entrepreneurial endeavors. TenArt, a manufacturer of cosmetics and skin care products, was named one of the inaugural winners of the FT-Standard Chartered Taiwan Business Awards 2014 at the Taiwan Economic Summit held in Taipei in July. Co-organized by the bank and the Financial Times newspaper, the Taiwan Economic Summit was first staged in 2013 to allow business leaders, economists, financial experts and government officials to discuss the country’s competitiveness and economic growth strategies. The awards were introduced during the second edition of the event this year.

Due in part to the growth of its cosmetic facial mask brand MasKingdom, TenArt shared the Taiwan Business Award with refinery Jianshin Resources Corp. in the entrepreneurial success category, which recognizes notable achievements during the initial stages of a business venture as a result of innovation and originality, among other indicators. Other award winners included the world’s largest contract chipmaker Taiwan Semiconductor Manufacturing Co., which was recognized in the economic contribution and responsible business categories, and leading bicycle producer Giant Manufacturing Co., which was honored in the international visibility category. Sung says she hopes her company, which she founded in 2007, can also help raise Taiwan’s profile internationally.

Sung has become somewhat accustomed to picking up awards in recent years. In 2012, her firm won first prize in the elite enterprises section of the SMEA’s inaugural Women Entrepreneur Award, which also recognizes companies in its innovative startups and corporate social responsibility categories. In order to be nominated for the elite section of the prize, companies must have achieved advanced business growth, received government grants for their innovations or won domestic or international awards. The financial success of Song’s firm made the company eligible for the elite enterprises award, and it had also previously earned several domestic awards. The SMEA uses the Women Entrepreneur Award to publicize outstanding new enterprises, while also helping winners and candidates raise funds and explore commercial possibilities by inviting venture capitalists to attend the awards ceremony. At least seven enterprises have received investments totaling NT$160 million (US$5.3 million) as a result of their participation in the competition, according to the administration.

Awards such as this serve to spotlight the high level of professional, scientific and technical skills among women in Taiwan. Further evidence of this expertise can be seen in the number of women pursuing postgraduate studies in recent years. According to Ministry of Education statistics, women made up 43.38 percent of master’s degree and 30.45 percent of doctoral students in Taiwan during the 2013 academic year—an increase from 28.93 percent and 19.20 percent respectively in 1996. Sung believes her success in business owes much to her academic background as a clinical embryologist in reproductive medicine. Specifically, she says her studies gave her the skills as well as an appreciation of the need for safety that are required for success in the cosmetics industry. “Although conducting embryo studies is much more challenging scientifically than producing cosmetics, the same cautious attitude is required,” she says. Still, making the leap to entrepreneurship was not without its challenges.

Recalling her days conducting laboratory research, Sung says that she used to be a shy, unsociable person who spent a lot of time indoors concentrating on her work and had never thought of starting a business. In fact, she still feels like she has much to learn about the business world. “I didn’t prepare myself very well to enter this field,” she notes, “and even now I’m still not used to it. I’m continuously learning on the job about leadership and accepting responsibility.”

Sung says success in entrepreneurial endeavors requires a mix of an “adventurous spirit” and the persistence to ensure the venture’s long-term development. At present, she is working to take her company to the next level by focusing on the promotion of the MasKingdom line of facial masks. These types of products have become very popular with local consumers, as demonstrated by the fact that facial masks were the bestselling item last year on MOMO, one of the nation’s top shopping websites, with the online store selling around 5 million units. In order to enhance the brand recognition of its MasKingdom line, TenArt established a flagship store in Ximending—a popular pedestrian area in Taipei City noted for its entertainment and shopping options—in April this year. Sung intends to replicate the distinctive style of the boutique, which features specially designed spaces for exhibiting products, at her company’s other stores at home and in Hong Kong and mainland China, as well as at its future locations, including a planned store in Japan. “I’m working to see if I can develop the potential of this business to its fullest,” she says.

This high level of entrepreneurial ambition and self-belief is also evident in other Taiwanese businesswomen who have emerged as role models in the SME sector. Christine Wu, founder of wedding planning firm Honey Bear House Corp., was among those honored at the second edition of the Women Entrepreneur Award in 2013. Her company came first in the contest’s innovative startups category, which recognizes firms that develop cutting-edge products or technology or offer creative new services. For Wu, the fact that her firm was honored in this category reflects a shift in the nation’s economic structure. “In the past, the economy was dominated by sectors such as manufacturing and finance,” she says. “Now we’re seeing substantial growth in the service and the creative and cultural industries.”

Wu, a former field application engineer with a master’s degree in business administration, believes that confidence is essential in her industry. She says wedding planning is a profession that offers a unique set of challenges, particularly when it comes to achieving the right feel for a couple’s special day. “It’s a delicate balancing act, as the ceremony can’t feel too conventional or too over the top,” she notes.

The first wedding ceremony that Wu planned was her own, which was held in Taipei in May 2011 after more than a year of preparation. “It was arranged like a concert and featured more than 10 songs,” she recalls, adding that the ceremony included a track she and her husband had written together. Armed with this experience, Wu established Honey Bear House soon after her honeymoon. “Instead of arranging a regular wedding banquet where people eat and then leave, we use our professional skills to create a vibrant and memorable event,” Wu says. The company’s growing reputation has enabled it to form partnerships with major players in all aspects of the wedding industry, including the Ambassador Hotel Taipei. “Couples always have their own ideas for the style of the wedding, the kinds of decorations that should be used or what they want to wear during the ceremony,” Wu says. “We help bring these ideas, which are sometimes quite fanciful, to life.”

Honey Bear House is far from the only female-run business that has achieved success in recent years by meeting the increasingly sophisticated demands of modern consumers. Another prominent example of these enterprises is Womany.net, a website established in 2011 by Chang Wei-suan (張瑋軒) and two female co-founders, all of whom are now around the age of 30. The website, which sells a variety of beauty and health care products, targets young women who “stick to their own lifestyles and views” as well as men who want to “learn more about women,” Chang notes. The online business, the name of which was formed by combining “woman” and “many,” also presents articles written by its editors and more than 200 columnists on gender-related topics covering areas such as beauty care, career, fashion, health and romantic relationships. “What we’re doing is promoting a movement about modern women that doesn’t presuppose an absolute standard for deciding if a woman is beautiful or not,” she says. “We don’t define beauty but rather talk about it from the female perspective.”

The website’s primary sources of revenue come from its shopping section and advertisers, though Chang says the venture is a cultural business that has a higher goal than just making money. Every month or two, Womany organizes a forum where its followers can listen to guest speakers. Chang has also worked with the government to promote female entrepreneurship. In July this year, for example, she was invited by the SMEA to share her experiences at a forum for female entrepreneurs that highlighted the importance of “individualization, innovation, the Internet and intuition.”

According to Sung, female entrepreneurs face a more complicated situation than their male counterparts as they face stronger social pressures to deal with household or child care matters. She points out that “from the time I started my business, I was regularly asked questions like, ‘Are you married?’ or ‘Do you have kids?’ or even ‘Are you divorced?’” However, she says, women entrepreneurs also enjoy some advantages over men when starting business ventures. Sung notes that in part due to government initiatives such as the Women Entrepreneur Award, women are likely to receive more attention if they succeed in their endeavors. Overall, she believes it is important for women to find their own path to success. “In business, some women may think that they have to act like men and be tough or forceful. However, being successful is more about finding a personal style or a specific approach to your venture that can’t be copied.”

Chang believes that modern female-focused businesses such as Womany “give women greater courage and confidence,” and that the environment for female entrepreneurs in Taiwan is changing. “Today, the gender distinction has become more blurred and there is a wider range of gender roles. More women go to work while many men want to spend more time at home,” she says. “Both men and women should be able to freely pursue their personal and professional ambitions. That’s the type of lifestyle that we want to highlight and promote through our business.”